Measurement of the formation involves a small radioactive source (CS137 or CO60) acting as a gamma radiation source to induce back scattering of gamma radiation in the formation. The back scattered gamma energies are detected at a range of scintillation detectors (typically two but can be three detectors) within a collimated shield. The level of back scattered radiation measured is inversely proportional to the electron density of the rock surrounding the borehole. More back scattering occurs in dense rock which results is less gamma radiation being detected. Over a density range of 1.5 g/cc to 3.0 g/cc where the atomic mass to atomic number ratio approaches 0.5, the measured electron density is said to equate to bulk density. Outside of this density range some adjustment factors are required.

Openhole formation density logging probes are designed to minimise borehole effects (diameter, rugosity) but housing the detectors in a dense tungsten shield with a thin vertical window for measurement. A single caliper eccentrallises the vertical measuring strip against the side of the borehole.

Master calibration typically occurs in models such as the Adelaide Models, AM11 and AM8. Equally a series of large defined blocks can be used.

Distance to the model facilities commonly means a series of field calibration boreholes are made available, where core density values are known, to act as a calibration normalisation facility.

A site verification borehole is normally established within the project area which is routinely logged weekly or fortnightly. If the measured density values fall out of a specified range (typically +/- 2%) the probe would be re-normalised before any further logging.

With the multiple detectors in a modern formation density probe, additional data processing to compensate the detector measurement for borehole effect is common. Compensated density data can be further filtered or re-sampled to fit the same measurement style as other density measurements such as bulk sampling where a density value can refer to 1m or more blocks. 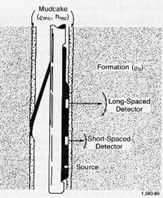 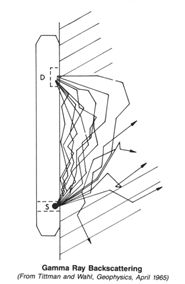 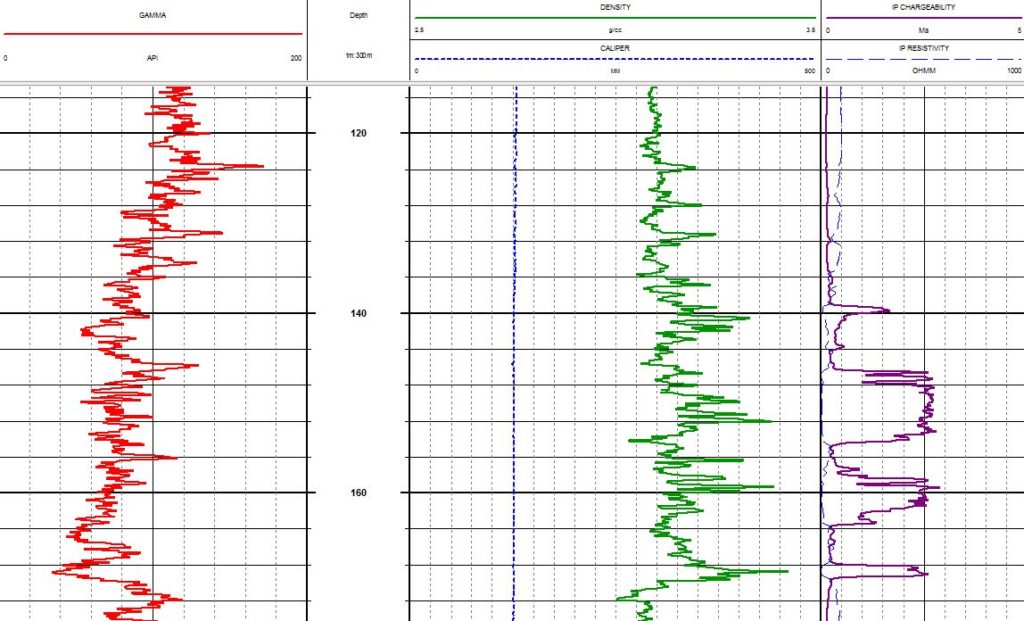